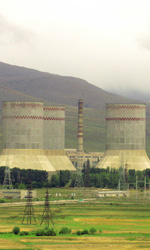 The ANPP is the primary station of the Armenian energy system. Every year the ANPP shuts down for two to three months in order to refuel and conduct preventive maintenance. Meanwhile, RazTES has become the major alternative to meet the domestic demand for electricity.

Within the internal market of Armenia, the Hrazdan Thermoelectric Plant has the status of a balancing station. For internal consumption, the Hrazdan Thermoelectric Plant generates electricity only when a deficit in the Armenian energy system is registered, and this usually occurs in the fall-winter period and when the ANPP stops its operations. At the same time, RazTES is extremely important for electricity export.